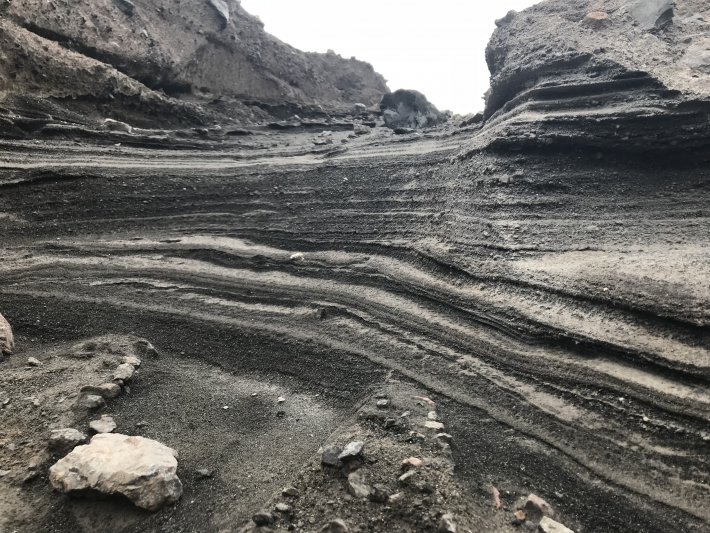 Volcanic eruptions, objects of fascination or Or Métal précieux. Dans le cadre du séjour Le TrésOR des MINES nous chercherons de l’or dans le Val d’Anniviers, à la batée. terror, draw our topography and influence our history. We keep in mind the most destructive eruptions, and the pictures of lava fountain, pyroclastic density currents. But do we really know all about volcanic emissions, their effects, origins and how to recognize them ?

In this article, we will discover different products of volcanoes.

One of the most famous example is the pyroclastic flow of the Mount Pelée (Martinic) in 1902, which killed 28 000 people, devastating the St Pierre town. Rue Victor Hugo, one of the principal business streets in St. Pierre, known as the “Paris of the Caribbean,” is illustrated in drawing before, and seen in a picture after, the 1902 eruption of Mount Pelée. Credit : both : Library of Congress. A view of the shoreline at St. Pierre after the 1902 eruption, which killed 28 000 people. Credit : Tempest Anderson Photographic Archive at York Museums Trust.

Pyroclastic flow’s products can be recognized by a heterogeneous mixture of lapilli, bomb and ash. These deposits are not sorted. Moreover, blocks inside the flow have angular faces because they have been fragmented.

Even if they look quite similar, do not mix up pyroclastic flows with landslides. Named too mass-wasting, landslides are the result of gravity acting on material that has lost cohesion. In the case of volcano, we talk about avalanche of fragments : a hot, rapid and often destructive flow of rock.

Rain, eruptions, earthquakes, tremors (which are earthquakes traducing magma ascent) or just the erosion due to the time are able to launch landslides. For instance, Stromboli volcanic cone collapsed 5 000 years ago. This landslide created Sciara Del Fuoco, already unstable and subject to frequent partial collapses. If the deposits resulting from the collapse arrived in the sea or ocean, a tsunami can be created. It happened on December 30th 2002, during a huge eruption of the Stromboli. Avalanche of fragments can be recognized by messy mixture of materials constituted by different types of volcanic deposits like lava flows, pyroclastic flow, lapilli, ash or bomb. These deposit are not sorted in size and in age of creation.

Volcanoes produce other types pf materials when they erupt. Eruption is due to magma rising by buoyancy. When pressure decreases, dissolved gases make bubbles. Degassed magma is named lava when they are flowing on the surface of a volcano. Depending of their silica concentration and temperature, lava flows have different viscosity. Consequently, they move with different speed. During effusive eruptions, lava flows move at 20 km/h in average. In Hawaii, lava`s speed can reach 100 km/h, but generally these flows cool down in aa flows which have a blocky texture or in pahoehoe flows which have a smooth texture. Lava flows cover large area and are directed by the topography. They move slowly as in the lava flow emitted by Etna in March 11th 1669 in Nicolosi village (5 weeks were needed to make 15 km between the crater and Catania).

Spectacular reproduction of a fresco in the Cathedral of Catania, showing the 1669 eruption of Etna.

Volcanoes have less impressive emissions which are emitted in the atmosphere. Their names depend of their size and creation’s conditions. Name - Size - Characteristics Ash - <2 mm - Lapilli - between 2 and 64 mm - Bomb - >64 mm - Fresh materials cooled in atmosphere Block - >64 mm - Lithic fragments (not fresh materials)

Moreover, bombs are classificated due to their shape. They are cannonball, rape, criss-crossed, spindle and bread-crust. This last type is often found again in Vulcano. These types of deposits are typically sorted : horizontally, the heaviest are located close to the crater. To the opposite, the lightest will be found in a more important area. Vertically, heavy blocks will be deeper and light will be shallow.

Last but not least phenomena of volcanic emissions are lahars. This mudflow can be due to the snow melting after an eruption in winter, when crater is full of water or cover by ice, or after an important volcanic deposit when rain arrives. Products of lahar are characterized by a heterogeneous mixture of rounded blocks, bombs in ash matrix. We can also distinguish organic materials which are not burned. When lahars are confined along pre-existing valley, they may reach long distances as in 1985. Lahars of Nevado del Ruiz destroyed a town build on deposit of ancient lahars, killing 23 000, while the volcano is at 50 km. The 1985 eruption of Nevado del Ruiz in Colombia unleashed deadly lahars that swept through Armero, killing 23 000 people in that town only. Credit : U.S. Geological Survey. An explosive eruption on March 19, 1982, sent pumice and ash 9 miles (14 kilometers) into the air, and resulted in a lahar (the dark deposit on the snow) flowing from the crater into the North Fork Toutle River valley. Part of the lahar entered Spirit Lake (lower left corner) but most of the flow went west down the Toutle River, eventually reaching the Cowlitz River, 50 miles (80 kilometers) downstream. Date : 21 mars 1982 ; Source : http://vulcan.wr.usgs.gov/Volcanoes... (direct link) ; Auteur : Tom Casadevall.

To conclude, all volcanic emissions are more or less dangerous for human and nature. Recognizing deposits emitted by volcanoes is important to forecast the future, help population and understand volcanoes and their behaviour. 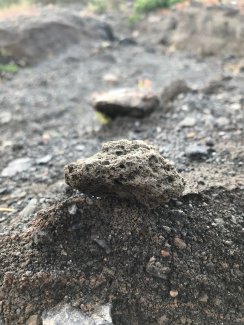